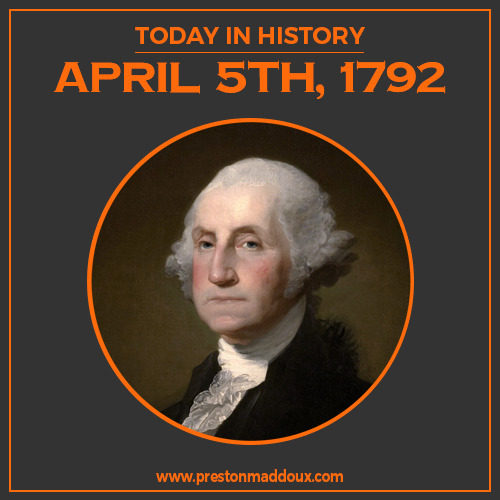 Do you know which president was the first to use their veto power? It was the first president of the United States of America, George Washington. Just before his second term in office, George Washington consulted his cabinet regarding a Congressional bill introducing a new plan for dividing seats in the House of Representatives which would have increased the number of seats for northern states. Deciding the plan was unconstitutional because it would have introduced a higher number of representative than that proscribed by the Constitution of the United States, George Washington exercised the first presidential veto on April 5th, 1792.